OnePlus Launches Three New Affordable TVs Under the U- & Y-Series

OnePlus entered the Tv market in India with the Q1 smart TV in 2019 and the conclusion was that the Tv was good but it was a bit overpriced and in a market like India price matters a lot and OnePlus has realized it and plans to correct it with the launch of new U- series and Y-series range of smart TV. Speaking of design, It comes with a bezel-less front with a thicker bottom bezel, which also has the OnePlus branding. The rear comes with a brushed metal finish up-top and a carbon fiber cover at the bottom. The TV comes with a brand new remote with D-pad at the top, followed by an array of buttons including the Google Assistant, Netflix, Prime Video, volume rocker, and more.

OnePlus has also included the same Gamma Engine found aboard the Q1 series to offer features like MEMC(It’s a feature that helps smoothen out frames and comes in super handy for viewing cricket matches and other sports), dynamic contrast, Super Resolution, noise reduction, and more.

The TV is powered by a quad-core Cortex A53 MediaTek MT5887 processor clocked up to 1.5GHz and Mali-G51 MP4 GPU. It comes with 3GB RAM and 16GB onboard storage. It comes with 30W speakers (four units rotated at 90-degrees, with two full-range speakers and two dedicated tweeters to cover high frequencies).

Speaking of software, it comes with Android TV 9.0 out-of-the-box which is a stock Android TV UI with Oxygen Play, a new Data Saver Plus feature, and a slew of pre-installed media streaming apps like Netflix, Prime Video, Disney+ Hotstar, MX Player, Jio Cinema, and more. It also comes with music streaming apps, including JioSaavn and Spotify pre-installed. It also comes with OnePlus Connect, which lets you control several things using a simple and it’s very handy and would love to see this feature in other Tv as well. 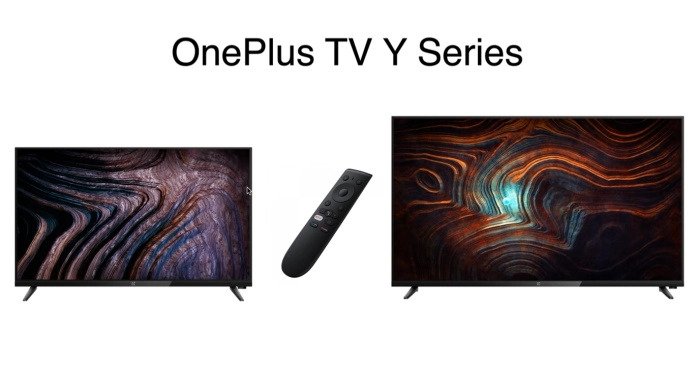 The Y series of the TV are almost similar to the U1 but with a few changes. Both of these smart TVs come with a bezel-less design, 93% DCI-P3 wide color gamut, and Gamma Engine as well but the screen-to-body ratio varies. The 32-inch comes with 88.5% SBR while the 43-inch comes with 91.2% SBR, which is a bit lower when compared to the 95% SBR that the U1 comes with.

The Y-series OnePlus TVs are also powered by a MediaTek processor but with a lower 1GB of RAM and 8GB of storage to go with it. The software is the same. The I/O is also the same. the main difference is that this Y-Series of smart Tv’s come with only a 20W(2x 10W) with Dolby Audio support.

#oneplus #tv
Why don't you read something next? Microsoft introduces Pylance to improve Python on VS Code